This show is a warm-hearted, slice-of-life anime that focuses on the daily life of the main character, Sawatari Fu.  She moved back to a lovely town that her dad grew up in five years after his death.  She took a shine to photography, something she used to share with him, and uses his 35 year old camera a lot.  She is and is surrounded by other quirky characters, and together, they live quiet, peaceful lives filled with glowing warmth and pokapoka pikuniku (pokapoka is like the feeling of basking in sunlight, pikuniku =picnic). 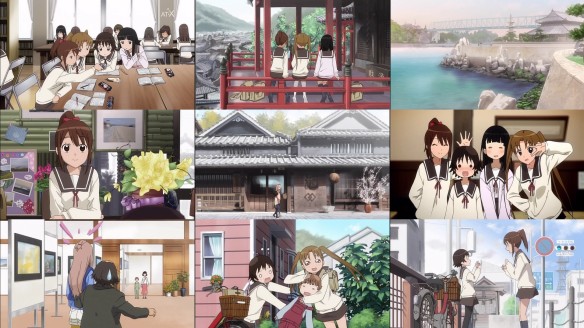 The title is referenced several times in the show, at least once per episode.  The first episode explains Tamayura as little white balls of light that appear in photos and are supposedly good things, the children of light.  The mother’s shop is also named Tamayura, etc. There is some sort of weird fluffy pink thing wandering around that the main character really wants a good picture of, and its the only unusual thing there but it isn’t remarked upon or explained by the characters and it’s bugging me.  What is up with that thing! Want to know…

The show’s art style has the characters drawn using a simplistic style, with naturalistic coloring, whereas the backgrounds are realistic and fairly detailed.  The animation is also fairly high quality, with only a few mouth-flap issues here and there.  They switch into SD and other drawing techniques, like using flashing manga marks for startles and realization and things like that.  The direction is also nicely done, though nothing earth shatteringly brilliant. There are occasionally really interesting shots though. It works along side the story to keep a quiet, peaceful feeling.  I sorta want a little less SD, but only because sometimes I feel like it’s trying too hard to be cute/funny.

Overall, this is a great show.  It’s a lovely, low-key type of entertainment. Like a warm smile of a show. The quirkiness of the characters is interesting and fun, they have a great dynamic, and the development of their friendships and adventures together unfold in a slow, but sunny lazy picnic loveliness that is enjoyable.  It doesn’t really end, because there isn’t any sort of over-arching story to tie together, but that’s kinda okay because there is a TV show as a sequel airing now.  It’s short, only four episodes, so it’s not even like it’d take a lot of your time.  So I’d recommend most everyone watch it.  The only issue is that if you’re not in the mood for low-key entertainment, or you want some sort of intrigue and thoughtfulness, this is not the show for you.  Wait till you’re in a different mood and then try it out.

If you liked this show, it reminds me kinda of K-On! so you might also like that, though that one is based on a comic and is straight up a comedy show. 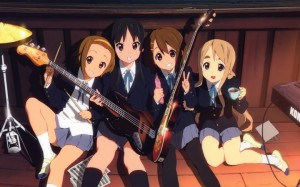 Also, Kamichu! is sorta similar in the lovely warm-picnic-feeling show, but Kamichu also has some supernatural interest going on that I really enjoyed. It would be worth while to check it out if you liked this, and alternately, if you liked Kamichu to try out this. 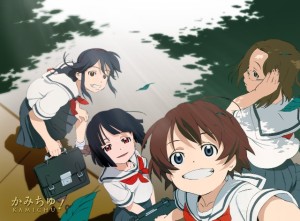 BUT OMG, I WANT YOU TO SORT THINGS BY RATINGS OR CATEGORIES FOR ME! WHERE IS YOUR CONVENIENT LIST OF THOSE KINDS OF TAGS? OH, IT'S RIGHT HERE.